It’s a compelling story, often told. I’m wondering if it might completely miss the mark? These nostalgic projections we turn on childhood innocence might mis-characterize it completely. It might be one of those cases where a projection is a reversed reflection of its source. The same thing happens with lenses….

What if what we term innocence was in fact a child, this immature creature, acting-out a power-play? Their ignorance, not of how to act badly, but of not knowing any better way to deal with a hostile and dangerous situation than to lash out? As adults, caught-up with no alternative but to see life as a series of  power-plays, we are nostalgic for their ignorance, not their purported virtue. This seems to connect better with the facts.

As a frightened child I can remember looking for whatever advantage I could find. Any thought of compassion, or even simply thinking of others, was beyond me in my desperation. As I grew older, while maintaining this same posture of seeking power wherever I could find it, my ignorance of the harm I was doing was more and more frequently challenged. The possible existence of other ways of behaving brought me to pause and wonder if I was not as righteous as I wanted to see myself. My habitual response was to double-down. This led to a point, as I was entering my thirties, when I first began catching glimmers of how this must look from another perspective. What this began to reveal to me was chilling. In a flash of insight I saw that Vampires were not just a fantasy. I saw how my hungers risked turning me into one of the undead, a hollow shell of desires wandering the night in perpetual thirst with no hope of satisfaction

Doing something with this insight was a lot more difficult. It took decades, casting about, finding a little bit of this here and a little bit of that there, before I had the good fortune to find help I was ready to take. This loosened the grip of an internalized oppressor who had held me hostage within a life-long chronic depression. I was able to begin a conversation with that child within and begin to relate with him in ways that would allow him to be a child, and for me to begin to be an adult.

This was the righting of a projection that had been an inverse reflection until then. The child within had continued to feel hopelessly outmatched as a kid who had no choice but to try to act as an adult – with all the deficits a child in such a role has. His desperation and fear-induced need to seek something, anything that would make up for these disadvantages, kept him looking for power to redress the imbalance. My adult self was stuck trying to live a vision of a lost childhood I had felt I never had. This trapped me in severely inappropriate behaviors. My “adult” self also kept looking to power to somehow extricate me from this mess.

What made the difference was recognizing how the reversals had confused us both and how establishing our un-reversed roles would actually make “us” stronger, with less need to chase after power.

What this brings to mind out of all this is that there is another definition of innocence, and it ain’t pretty. Innocence characterized as a willful misunderstanding that turns a failed attempt at premature maturity into the subject of nostalgia while covering up an allegiance to an endless struggle after power meant to satisfy a desire it can never fulfill. Seen in this light, the rationalizations behind nostalgia are exposed.

What this might offer us is the ability to recognize the needs of children directly and not to get caught up in continuing to confuse the issue in ways that hurt us all. The child does not look to be taken as an exemplar, but simply to have someone protect them from whatever is forcing them to take on roles that are beyond them. Expecting a child to be an heroic role model is just piling another unwanted and confusing task onto all the other things they are incapable of dealing with already. Revering feelings of fear, inadequacy – and the anger this provokes in them – is another blow in their vulnerable condition, and can only keep us within the intoxication of panic this brings.

Every form of intoxication, every addiction, grows more powerful in spite of the increasing unpleasantness of its consequences. In another example of a reversal, these increasingly distressing consequences seem to tighten their grip on us. This connects with the mechanisms that keep us enthralled to striving after power. These processes feed each other in an increasing feedback loop that takes us further and further from any ability to see ourselves clear. We increasingly see salvation in some further elaboration of the same pattern that got us there.

We are wrong on both counts. First, life is not something we need to be saved from. It is what we have. Of course, for the traumatized child, it is an easy confusion to make, to connect a need to be taken care of with an over-riding obsession to be saved. Continuing in the same vein as what caused our unbearable situation in the first place should become clear to us, as a function of how we are able to decipher the holographic nature of everything; only that isn’t possible, because of our heightened state of chronic panic. Our attempts to just make it go away keep us in a state of perpetual confusion and imbalance, so we are less and less able to do anything about it. Over time, this leads to a supreme identification of what makes up my “self” with this state of confusion and panic and the effects of this increasingly toxic intoxication. We find ourselves married to our difficulties and see it as an act of betrayal to do anything but continuing to double-down. We see the effects of this all around us at every scale and in every manifestation imaginable. This dynamic seems to define our particular predicament. This may, or may not, be unique to us today, but we are confronted by it both internally and externally.

Doubling-down always involves an expectation that being more clever at accumulating power – at the expense of some other – will get us what we want, salvation. A reverence after innocence is a symptom of our disquiet as we attempt to repress or displace or deny that we see its corrupting effects within ourselves. Just as when we hate what another is – in our sight – we are projecting what we feel equally strongly to be wrong with ourselves. We love innocence projected onto another because we wish to hide behind its shield in the face of our own burgeoning awareness of our own errors.

What is missing in these equations is empathy and compassion. In the first case we forcibly deny that what we find objectionable might reside within. We turn all of our energy into intoxicating ourselves with rage at the other who is seen as merely our plaything without any right to their own subjectivity. Righteousness maintains these blinders! In the second case we can only fear our irremediable guilt and therefore we must push it out of our sight at all costs. Again we discount the actual needs of the other on which we are projecting.

Another aspect of empathy and compassion underlies both of these dynamics. It is an inability to see within ourselves any chance of forgiving ourselves, of having empathy or compassion for ourselves. This is what all the drive after salvation is there to appease. Staying within the calculus of power there is no other way to achieve compassion and redemption than to have some outside power grant it to us. This safely blocks any look further along a pathway that might derail our underlying self-identification with the symptomatics of power. We continue to cajole and play tricks and keep ourselves occupied in a constant striving, secure in the belief that nothing will ever change – this side of the after-life….

This has derailed the true consequences we would otherwise come to realize regarding the insights of the initiators behind every religion. Power’s ability to metabolize its “enemies” has turned their messages of empathy and forgiveness into the business of salvation as a way to wield power. This hides quite nicely behind our common notions of innocence. Projecting “powers” onto a God-head – this has nothing to do with arguing for or against the “existence” of something that by its very nature is unknowable – is in this way the ultimate double-down. It places authority where it can have no leverage that might distract us from continuing to strive after power, while proclaiming some super-sized innocence for those who go along with it.

Letting-go has such “powerful” enemies! They count on us being fooled by their bluster and our identifying ourselves with our fears and their metabolites instead of actively engaging with our lives and expanding the sphere of our empathy. The entire process of remaining in the thrall of this bargain, whether seen as heavenly or satanic in its flavor, weakens us and increases our susceptibility to its call.

This seems like a lot of fuss over what is so often derided as a passive and useless act! “Let it go! Man!”

It seems a lot to have to hide from behind a call to innocence.

8 thoughts on “What is innocence?”

On Coherence, A Manifesto 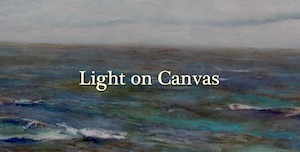